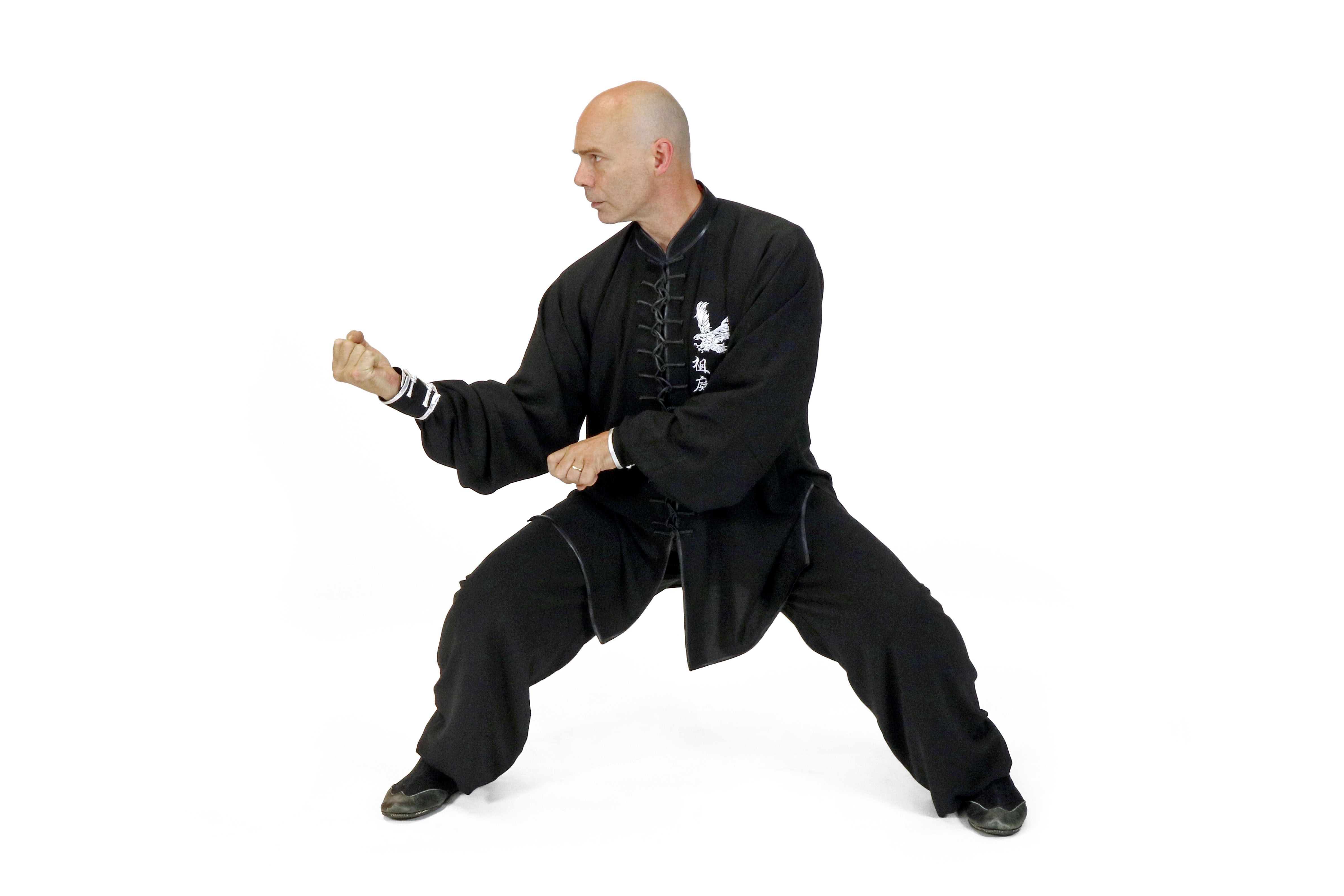 Thank you for joining this world's first online Eagle Claw Kung Fu training program. My name is Julian Dale and for the past 36 years, I have been practising Traditional Chinese Martial arts, studying both internal and external Chinese arts I specialise in the Eagle Claw system known as Ying Zhao Fan Tzi Quan

There are 45 detailed instructional videos contained in this course for you to study divided into six sections:

Each video lesson is shown in slow motion (as well as performed at normal speed) and demonstrated from different angles.

There are guidance notes provided covering many of the skills learned

My name is Julian Dale and I started learning Chinese Martial Arts at age 17 in the UK.

I travelled to Hong Kong at the age of 20 to further my studies of Kung Fu.

During my time in China I've had the good fortune to meet many great teachers of Chinese Martial Arts.

I specialise in the Northern Chinese Eagle Claw Kung Fu System known as Ying Zhao Fan Tzi Mun, which I have studied since 1994.

My studies started within the Hong Kong branch of Eagle Claw before I travelled into China to research the roots of the system at it's birthplace in Hebei province North China.

This is where I now continue to learn, direct from the source. I am the first and only westerner to be accepted as a family 6th generation lineage disciple within the founding village of Eagle Claw called Gu ZhuangTo in Xiongxian Hebei China and follow my teacher Master Chen Jun Xin

Over the years I have featured on various TV programs including Chanel 5 Jackie Chan documentary, BBC1, BBC2 Rise of Martial Arts in England, Lead Presenter on Fists of The Dragons Documentary,

I have also published books on Eagle Claw, Instructional DVD on Qi Gong,

My goal is to share this ancient and traditional martial arts with many new practioners and students  using the power of modern technology.

The course is aimed at people who are new to Kung Fu (but will also benefit existing practitioners of martial arts).

The 45 lessons inside cover the key details and explanations for understanding the foundation of the Eagle Claw style.

I've made sure each lesson is broken down into easily understood elements. Working through the course and following the training will help the student appreciate this unique martial art.

See you on the inside

One of the finest schools of martial arts it’s been my pleasure to have been involved with, led and inspired by Sifu Dale who continues to inspire me today

Sifu Dale is an outstanding Kung Fu Master and I'm very happy to see the school still going strong for so many years! Highly recommended

The most in-depth martial arts training I have ever experienced. Improves cognition, mind-body balance as well as physical combat. It is a clear process but here is a place where you will learn to train like a master.
Save £50. Launch Price Only £199
We suggest moving this party over to a full size window.
You'll enjoy it way more.
Close
Go Fullscreen